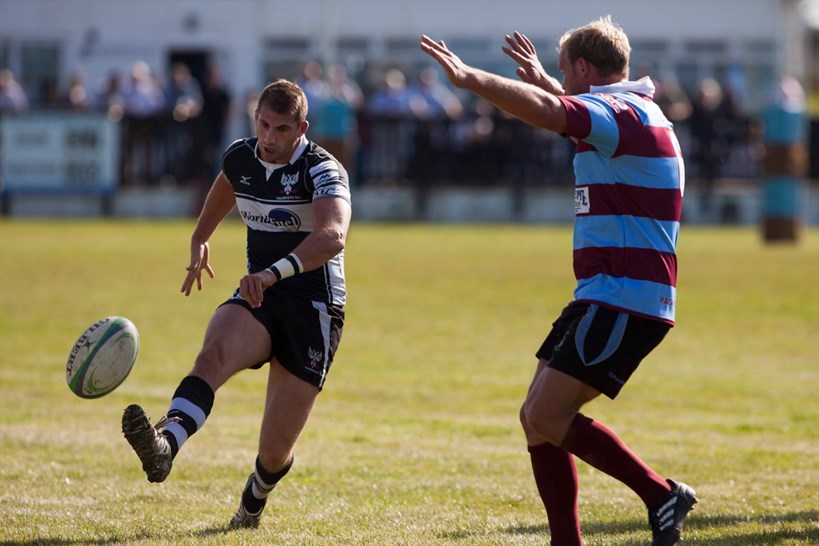 Falmouth Eagles moved to the top of the Devon and Cornwall League following an emphatic six try victory over Lanner on Saturday. Thoughts will begin to focus on what could be a pivotal derby clash at the Recreation Ground on October 1st, as Penryn moved towards the top of the table with their win at Tamar Saracens.

This was hardly an away fixture for Lanner, having played their home matches at Falmouth last season. Coach Graham Whitmore had worries at the start of the match following the late withdrawal of two of his starting fifteen but was pleased with the result, " we started well but then gave away too many penalties in the first half and lost the referee but after the break we didn't contest the breakdowns and found space to attack".

A strength all season, the Eagles line out again delivered, as Olly Church opened the scoring with a catch and drive into the corner, for an unconverted score. The lead was extended with an Irons penalty and Falmouth looked to be easing out of reach when Irons took a quick tap penalty and crossed under the posts, converting his own try for a 15 points to nil lead.

Lanner battled to get themselves back into the game, strong counter rucking and direct running threatened to break Falmouth's resolve and they benefitted from some Falmouth assistance, Full back Tom Edmonds giving his skipper Irons a classic 'hospital pass' resulting in a turnover and penalty kick for Adam Harris. The Eagles then spoiled the restart and conceded a penalty, Lanner kicked to the corner and with a series of pick and drives, Levi Webster crossed to score, Harris converting and Lanner were back in contention at halftime trailing by only five points.

Falmouth reasserted their dominance early in the half when scrum half Cameron Bullock scored his first try for the team, with a neat dummy from the base of a ruck, Irons converting. The Eagles, despite the occasional basic error, were playing with expression as the bonus point try demonstrated, David Jones scoring on his return to the side after Irons, Edmonds and Carne had torn through the defence on the clubhouse side of the pitch, play was switched left and Jones was put clear by Tom Spiller, Irons converting.

Wing Nick Carne then demonstrated his versatility, after being substituted he returned for 5 minutes as a blood replacement at hooker, he popped up in the midfield weaving past 6 Lanner players before being hauled down close to the line, he then anchored a driving maul over the line for a try, then was substituted again, when asked "How was hooker"? he replied ,"Easy! I don't have to think when in the forwards".

The win was cemented with the try of the day, deep from their own half, Simmons, substitute Firth and Spiller carved holes in the visitors defence to put Justyn Irons free to score and convert to give him a match tally of 21 points. Whitmore said, " we probably left a couple of scores out there but we are creating chances and that's a positive".

The Eagles will aim to continue their encouraging start to the season with a trip to Paignton next weekend and Falmouth Reserves begin their Duchy Cup campaign with a home fixture against St Ives 2nds.