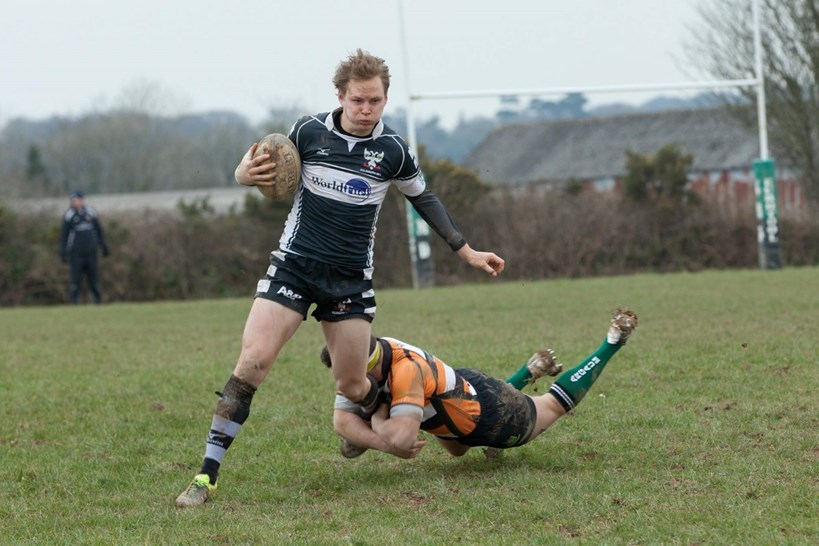 'Winning ugly', tennis coach Brad Gilbert coined the term, it describes sport as an art of mental warfare, how to win when the odds are against you, using strategy to undermine the opposition, Falmouth coach Graham Whitmore used the term to describe his teams approach in dismantling Paignton's game plan in their 16 points to 12 win at Queens Park on Saturday to maintain their unbeaten start to the season.

The mindset that Whitmore is instilling has seen the Eagles concede only one try so far this season and was demonstrated fully as they withstood being down to thirteen men, without conceding a try when two players were sent to the sin bin in the second half. This wasn't a demonstration of flowing rugby but was an object lesson in determination, organisation and teamwork and Whitmore was delighted.

Thoughts will now focus on what could be a pivotal derby match next weekend as Falmouth host rivals Penryn who sit just below them in the Devon and Cornwall league table.

Paignton's game plan was to send big ball carriers into the midfield channel and then flood the hole created with support players to run riot, Falmouth countered this threat with the defensive rock that is Alex Kindjarsky, who, in a man of the match performance, stopped everything that came into his range, tackling ferociously and knocking the opposition back. Kindjarsky was well supported by flanker Owen Hambly, who stopped the opposition from getting any platform off the scrum and was invariably the first player to every breakdown, completely disrupting the Paignton game plan.

The hosts opened the scoring with an early penalty from scrum half Michael Sandercock, which was soon answered with Justyn Irons own penalty. Falmouth had the better of early exchanges and had a couple of golden opportunities from scrums close to the hosts’ goal line but threw away the chance by conceding penalties.

From the first steady scrum of the half number 8 Tom Simmons broke through the Paignton defence and found support on hand from Hambly, who crossed under the posts for Irons to convert, the lead extended as Irons landed a further touch line penalty after wing Matt Brewer was impeded off the ball.

Paignton, disrupted in their game plan had to turn to Plan B and this worked very well as fly half Ross Edwards sent probing kicks to the corners and spent the last 5 minutes of the half camped on the tryline but Falmouth defended desperately eventually conceding a penalty to leave the score 13 points to 6.

The second half opened with Irons extending the lead with an early penalty but the majority of the half was all Paignton pressure as Edwards kept pushing Falmouth back into their own 22. The Eagles were ferocious in defence, turning over balls in the tackle, forcing errors and clearing the danger. However, Paignton kept turning the screw and Simon Bailey and James Dobson both saw yellow as the visitors acted illegally in their efforts to keep Paignton from scoring a try, Sandercock edging the hosts closer to Falmouth with 2 penalties.

As the match seemed to be Paignton's for the taking, Brewer changed the momentum of the game, with 10 minutes left, he recovered a high ball and broke through the hosts defence, scampering 50 meters deep into the opponents half. With the Eagles restored to full strength, they in turn began to control possession, Tom Spiller kicked the hosts back into their own 22 and the final 5 minutes saw the Eagles pushing for a score which would have made the win secure. AJ Geach, in the final moments gave spectators the abiding memory of the day, celebrating wildly following a touchdown from a driving maul, only to discover he had dived over the 5 yard line, the referee blowing for full time seconds later.

A large crowd is expected at the Recreation Ground next weekend for the top of the table league clash between the Eagles and the Borough, which features as a curtain raiser the first match for newly formed Penryn & Falmouth Colts side play Bude at 1230.